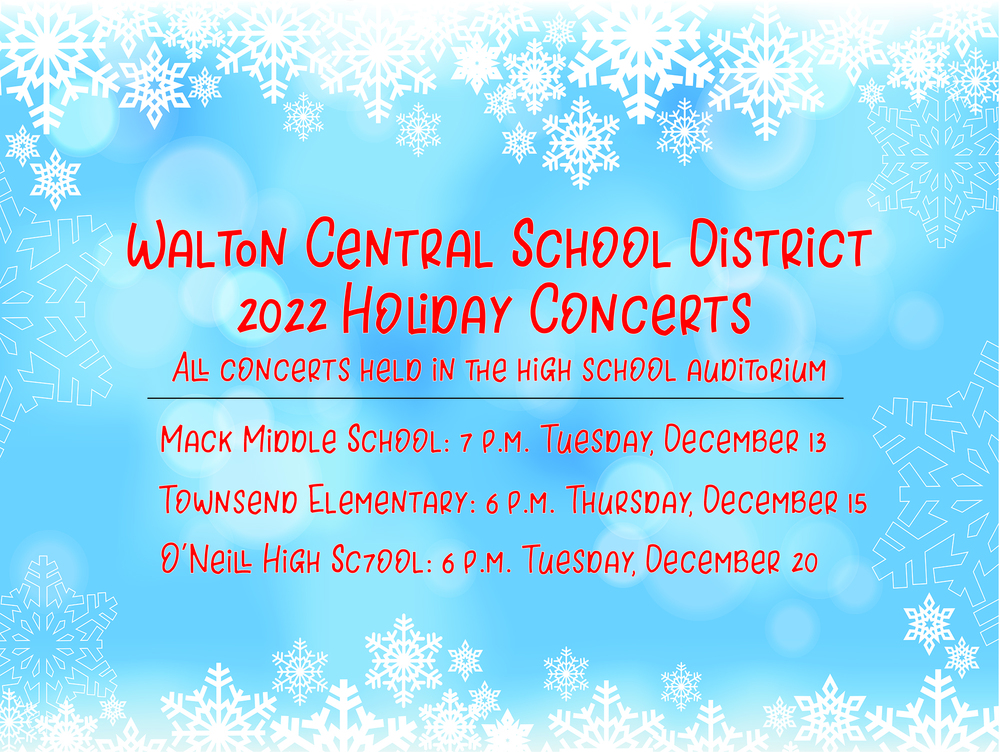 Three winter concerts will be held at the Walton Central School District in the coming weeks. All will be held in the high school auditorium.

The first is the middle school concert at 7 p.m. Tuesday, December 13. Groups performing include the orchestra, conducted by Rebekah Doig, the seventh- and eighth-grade chorus, also directed by Doig and accompanied by Karen Ball, as well as the sixth-grade band, the seventh- and eighth-grade band, and the sixth-grade chorus, all directed by Raymond Bartlett.

At 6 p.m. Thursday, December 15 (with a snow date of December 16), the Townsend Elementary concert will take place. This includes the second-grade chorus and advanced band, directed by Theresa Bolton, and the fourth-grade chorus, and orchestra, under the direction of Giancarlo Sidoli.

Finally, the high school concert will wrap up the series at 7 p.m. Tuesday, December 20. Featured groups include the chorus, directed by Doig and accompanied by Ball, the orchestra, directed by Doig, and the band, conducted by Bartlett. Also performing are the brass ensemble and the saxophone ensemble.

The public is welcome and admission is free.