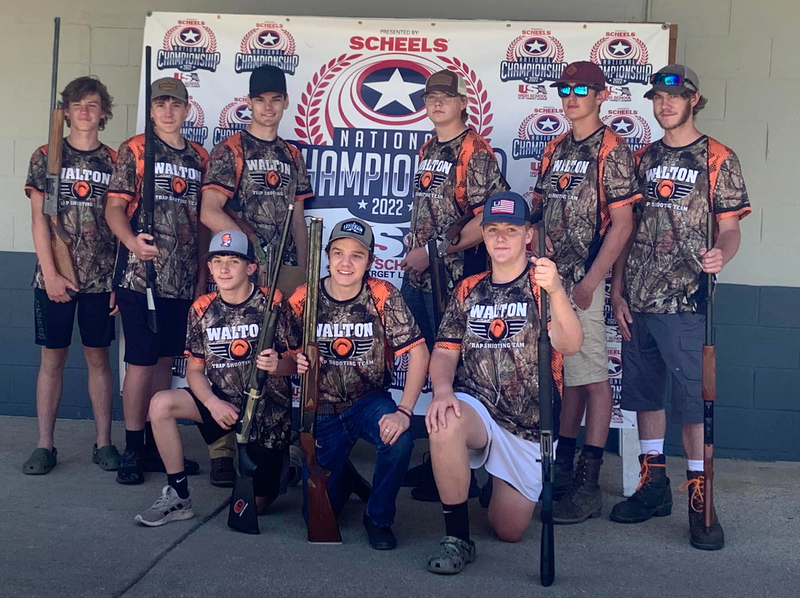 This was the first year Walton, which combined with Sidney and other area schools, sent a full team to the competition, and finished 198 out of 280. Two students – Walton’s Peyton Tweedie and Sidney’s Reece Yeomans – reached the finals on the final day.

Individually, the team had eight compete at the event.

Tweedie had the highest finish, placing 346 out of 1,716 in qualifying with a 94. In the finals, which featured 1,454 competitors, Tweedie finished 232nd by scoring 96, for a 190 overall. That also included him earning his 50 patch, which is hitting 50 consecutive targets.