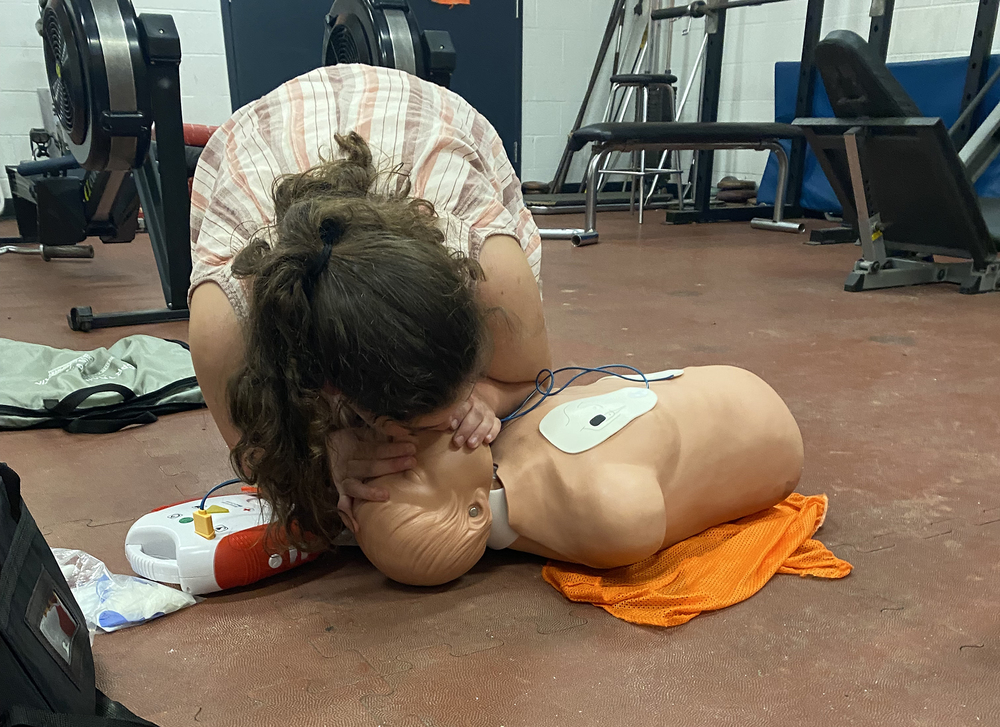 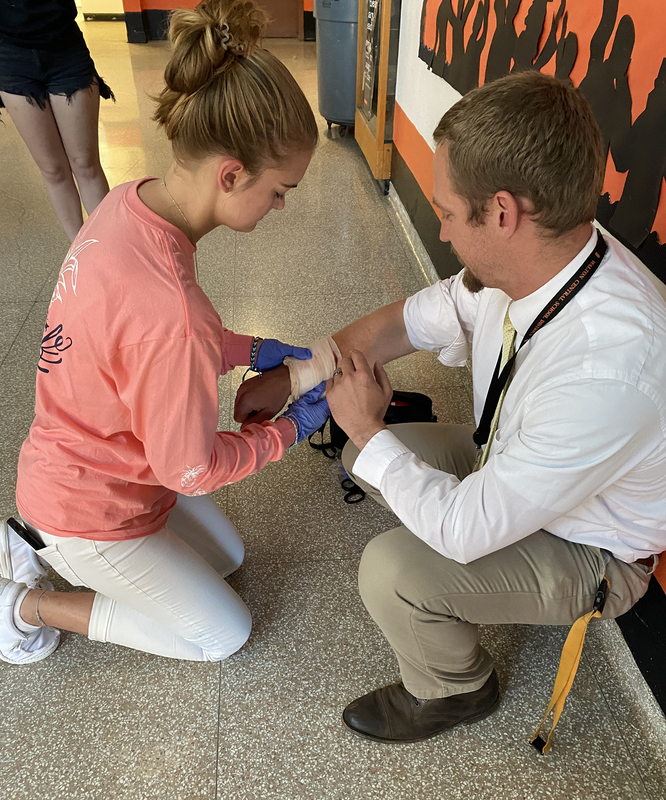 In June, the high school personal health and safety class held a mock CPR/AED and first aid emergency scenario, which allowed the students to provide care.

Going into this lesson, the students had no idea where the scenario would be, or who the staff member was that was going to be hurt.

Students had to react accordingly to help the individual and they also had to send another class member to call 911, which went to the nurse’s office. School nurses lef the student who called through dispatcher questions. Another student then went to the closes school AED spot and grabbed the trainer AED, which includes a first aid kit.

The mock scenarios included: A deep wound that had a large amount of blood loss; a mother who was holding her baby and tripped and hurt her arm, and her baby was unconscious choking on food; and an unconscious manikin that had a fallen barbell on them in the weight room.

Though extremely nervous the students reacted accordingly, were able to figure out their mistakes and fix them on the spot, or knew what they would change if they ever had to help another individual.