Walton CSD names valedictorian and salutatorian for the Class of 2022. 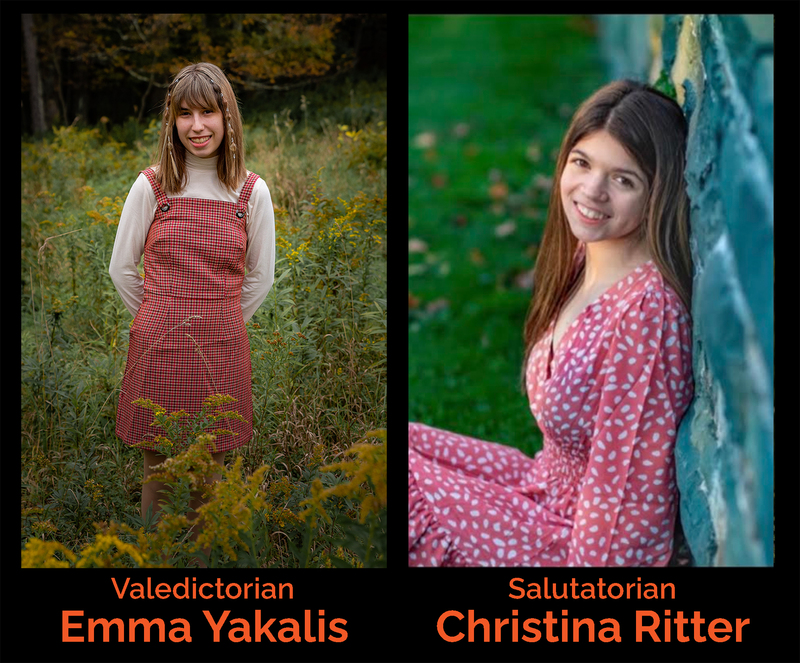 The Walton Central School District has announced its valedictorian and salutatorian for the Class of 2022.

The valedictorian is Emma Yakalis and the salutatorian is Christina Ritter. Each is scheduled to speak during the annual graduation ceremony, which is scheduled for June 25.

An active student, Yakalis has been involved with several clubs and has been a regular among the musical performances at Walton.

A regular winner of the Superintendent’s Award, she is involved in the pep band, AVP, as well as the school musical productions.

She also scored high in NYSSMA, where she received a 96 out of 100 on a Level IV solo.

Yakalis, who plans to study sound recording technology in college, is the daughter of Matthew Yakalis and Jacqueline Huyck.

Ritter is a strong student who stays active in many activities, all while holding a steady job for the past two years.

Academically, she is consistently on the Superintendent’s List and is also a member of the National Honor Society. She has also earned academic excellence awards in subjects such as trigonometry, global studies, and psychology. She has been selected as an area all-state participant and has earned numerous NYSSMA awards.

Extra-curriculars run a wide range of interests, including speech and debate club, student council, yearbook, GSA, and travel club. She has also served as a class officer since ninth grade.

The daughter of Michael Ritter and Wendy Kosco, Ritter’s legal guardian is Ellen Nary. She plans to study mathematics in college.

Walton has also announced its top honor graduates and they are as follows: