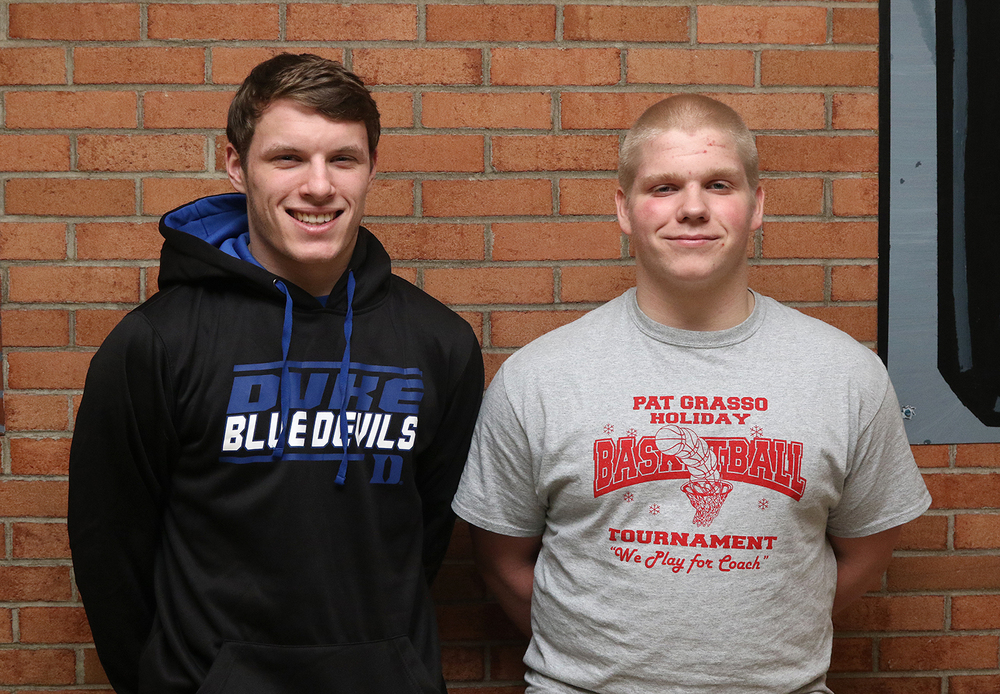 Defensive lineman Jordan Blincoe earned first-team honors on the Class D team, and Dylan Jacob was named honorable mention as a defensive back.

Blincoe, a sophomore, was a strong presence to Walton, recording 60 tackles, including 13 for a loss. He also had one sack and two blocked punts.

“Jordan was almost unblockable in most games,” Walton coach Adam Hoover said. “When he was slowed down it was because he was being double- or triple-teamed. He’s extremely quick off the ball and overall an excellent athlete. We are excited to have him for two more seasons.”

“Dylan has a knack for getting to the ball as a defensive back,” Hoover said. “He had quite a few interceptions for us in key situations this past season. His strip-and-fumble return for a touchdown against Unatego was a key to our victory.”

“It will be nice to have two all-state players returning for us on defense next year, in addition to others who were part of a very good defense,” Hoover said.